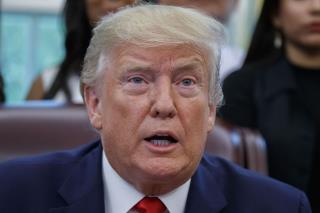 President Trump on Tuesday took to Twitter to double down on his claims that he’s not siding with Turkey over America’s Kurdish allies with his decision to pull a small number of troops from northern Syria, a decision that apparently paves the way for Turkey to attack the Syrian-Kurdish force that has helped the US in its fight against ISIS. But his words for Turkey were a bit more defensive and less harsh than they were Monday. The latest: