The acting US ambassador to Kyiv has told congressional committees conducting impeachment hearings that military aid to Ukraine was made conditional on its government investigating the president’s political opponents. 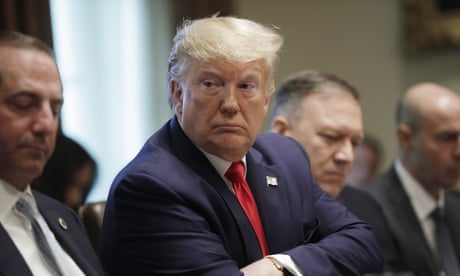 In the latest damning deposition by a serving state department official, Bill Taylor presented a written statement to the three House committees holding hearings on whether Donald Trump abused his office to seek political advantage.

He did so amid uproar in Washington after Trump compared the impeachment inquiry to a lynching.

Taylor flew to Washington in response to a congressional subpoena and in defiance of an administration gag order.

The Politico website quoted a source in the private briefing as saying Taylor’s opening statement was 15 pages long and prompted “a lot of sighs and gasps”.

According to CNN, Taylor said he was told by the US ambassador to the European Union, Gordon Sondland, a major Trump donor, that military aid could be held up if the Kyiv government did not produce a statement on its intention to hold certain investigations.