Crisis Pregnancy Centers in the United States are set up by anti-abortion believers as a misdirection/redirection in order to convince women who might otherwise be considering abortions to abandon it.

They are also well known for providing misleading information.

The study’s authors found much of the information on these sites was misleading or false. One website referred to IUDs as abortifacients whereas IUDs actually prevent fertilization. They do not cause fertilized eggs to abort.
Many sites tried to equate emergency contraception with abortion when in fact emergency contraception prevents or delays ovulation.

Anti-abortionists also seek to use state funding for crisis pregnancy centers and wish to expand this to federal funding in order to force you to pay for them whether you agree with this or not.

Given the endless threads about whether Islam allows believers to lie to non-believers, and also given that anti-abortion as a cause is something that pretty much only certain sects of Christians really care about in the United States:

1) Do you think that Christians should be allowed to lie to women if doing so prevents abortions?

2) If you’re the type of Christian who also wants to bash Islam all the time because you believe that Islam teaches its believers to lie to nonbelievers, but also supports this, then how can you say that what you’re doing is any more moral or ethical? 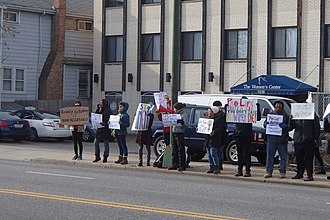