As the Democrat-led impeachment inquiry into President Trump deepens, a spotlight has been cast on Hunter Biden ventures abroad not only in Ukraine but in China, where he set about investing while his dad served as vice president.

The questions come as Republicans are demanding that Hunter Biden – the 49-year-old son of Democratic presidential hopeful Joe Biden – appear before Congress to testify on his work.

For almost six years, the firm connected to Hunter Biden in China has moved more than $2.5 billion into various automotive, technology, energy, and mining endeavors.

Analysts point to the plethora of “ethical challenges” of Hunter doing such deals in China while his father was in the White House.

“At a time when the Obama administration was trying to pivot to Asia, a policy that ultimately fell flat, one has to at least stop and think what connections between policy and personal interests were there,” said Harry Kazianis, senior director for the Center for the National Interest. “While chances are Hunter Biden was doing what a lot of family members of famous politicians do – cash in on their name – it looks dirty.”

Biden served as one of nine directors of the private equity firm Bohai Harvest RST – better known as BHR Partners – which is 80 percent mandated by shareholders in the Chinese government, according to the Wall Street Journal.

The firm was registered less than two weeks after Biden flew with his then-vice president father on Air Force Two for official business in China in December 2013, but his lawyer has previously stated that talks were in place months earlier.

In the closing days of that December, China’s central bank, the Bank of China in conjunction with Rosemount Seneca – the firm Biden founded in 2009 with John Kerry’s stepson Christopher Heinz and family friend Devon Archer – set up the $1 billion investment joint venture called Bohai Harvest RST. The “RS” signifies Rosemount Seneca, and the “T” is in reference to the Thornton Group, a Massachusetts-based international consulting company established by James Bulger, the nephew of infamous mob boss James “Whitey” Bulger. 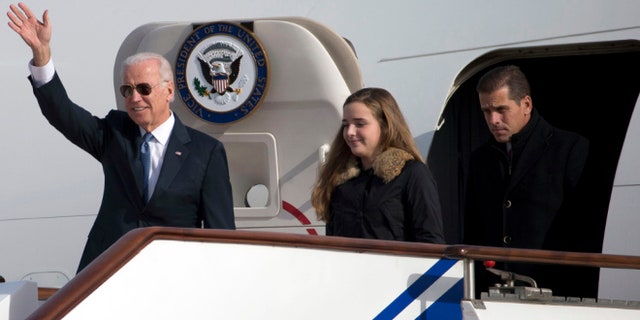