One of President Obama’s former doctors reportedly disputed a letter released by former Vice President Joe Biden‘s campaign in which the former vice president’s own doctor praised the 77-year-old presidential candidate as a “healthy, vigorous” man.

“He’s not a healthy guy,” said Dr. David Scheiner, who previously served as Obama’s physician. According to the Washington Examiner, Scheiner read Biden’s medical history and said the presidential candidate “has a lot of issues.”

“He’s not in bad shape for his age, but I wouldn’t say he’s in outstanding health. Could I guarantee he won’t have issues for the next four years? He has a lot of issues that are just sort of sitting there,” Scheiner said.

Scheiner previously told the Examiner that Biden “looked frail” during the first Democratic primary debate. “I sort of got the feeling he wasn’t very strong. It was similar to the feeling I got when Republicans started attacking Mueller so fiercely,” he said. 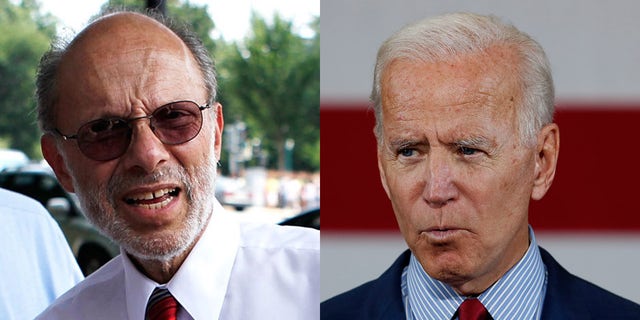 Questions about Biden’s health and age have repeatedly come up since even before the former vice president declared his candidacy in April. In September, Biden committed to publicly releasing his medical records before the Iowa caucuses, to try and put to rest concerns over whether he was fit enough to take on President Trump in a general election campaign — and whether he would be up to the rigors and stress of serving as president.

On Tuesday, the Biden campaign released a statement from Dr. Kevin O’Connor, who served as White House physician to Biden for several years.

“Vice President Biden is a healthy, vigorous 77-year-old male, who is fit to successfully execute the duties of the presidency, to include those as chief executive, head of state and commander in chief,” Dr. Kevin O’Connor said.

In his report, O’Connor said that Biden is currently being treated for non-valvular atrial-fibrillation, better known as Afib, which is an irregular heartbeat. He said Biden is also being treated for hyperlipidemia, which is an abnormally high concentration of fats or lipids in the blood, as well as gastroesophageal reflux, a digestive disorder that occurs when acidic stomach juices, or food and fluids, back up from the stomach into the esophagus. And he noted that Biden – as many Americans do – suffers from seasonal allergies.

Biden’s campaign did not immediately respond to Fox News’ request for comment.

Bloomberg previously released his medical history with his doctor describing his health as “outstanding.”

Bloomberg’s doctor had disclosed that the former mayor was receiving treatment for arthritis and heartburn. The letter added that Bloomberg takes a blood thinner to treat atrial fibrillation and another medication to control his cholesterol.