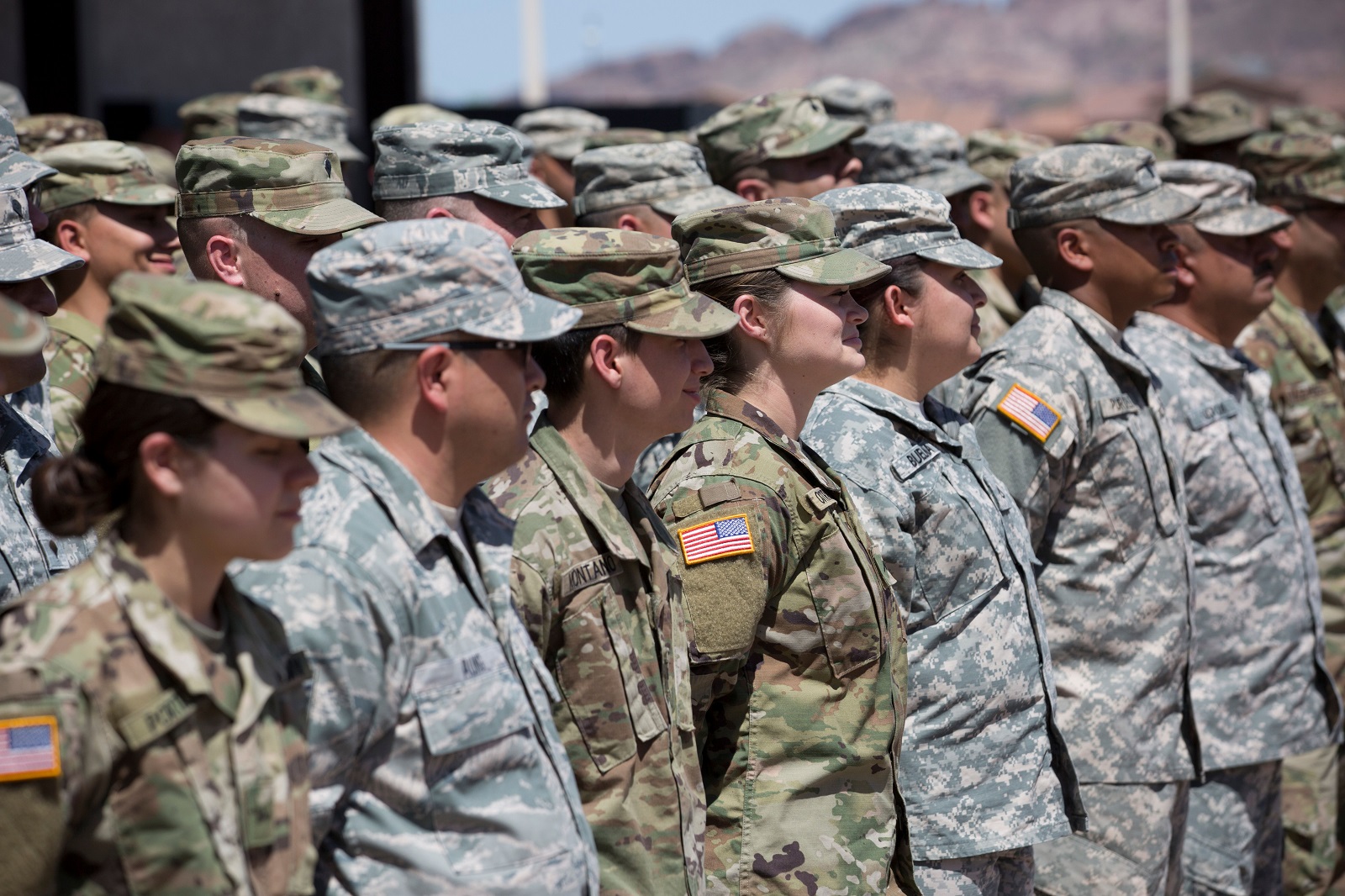 President Trump speaks about the Space Force and funding multiple branches of the U.S. military at a ‘Keep America Great’ rally in Hershey, Pennsylvania.

While armed service members and federal employees are set to get an equal pay raise in fiscal 2020 – a new study calls into question whether a slew of raises throughout recent decades has pushed military pay too high.

A recent report from the RAND Arroyo Center, which looked at three decades’ worth of data, found that the current compensation structure might not be the most efficient for the armed services. RAND is a Department of Defense contractor.

The study found, for example, that military pay has exceeded the 70th percentile for both enlisted and officers, which the author said raises the question of whether military pay is set too high when compared with civilian pay.

The 70th percentile benchmark was put into place by the Defense Department in 1999, but researchers encourage the government to decide whether it is time to adjust that threshold in either direction.

“Over the course of the 2000s, military pay relative to civilian pay increased substantially,” the researcher wrote. “Compensation should be set high enough to attract and retain the quantity and quality of personnel the services require, and the level of compensation necessary to do this may or may not be at the 70th percentile.”

The study showed that enlisted member pay has been closer to the 90th percentile, while officers are near the 83rd.

Given that pay is so high relative to civilian pay, researchers say it is worth looking into whether recruiting and retention outcomes are as desired. They have not been for the Army, which saw no increase in top-tier recruits despite the increase in pay.

The researcher concludes it may be worth looking into whether the military could be more efficient at providing special incentives for retention and performance or increasing resources other than pay – and examining the paytable for areas where pay incentives could be expanded.

The military budget for fiscal 2020 is $738 billion. It will increase service member pay by 3.1 percent.

Civilian pay is also set to rise by 3.1 percent.

The Department of Veterans Affairs will also get its largest funding boost in history – a 9 percent increase in funds, or $217 billion.