Lewis, a Democrat who has represented Georgia’s 5th Congressional District for over 30 years, said doctors discovered the cancer during a routine visit.

“While I am clear-eyed about the prognosis, doctors have told me that recent medical advances have made this type of cancer treatable in many cases, that treatment options are no longer as debilitating as they once were, and that I have a fighting chance,” Lewis said in a statement. 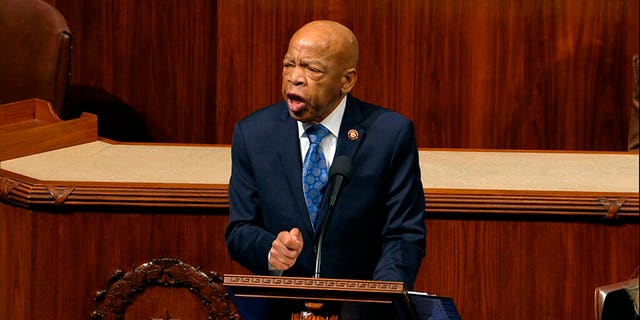 But, despite the diagnosis, Lewis, 79, said he will continue to serve in Congress. “I have decided to do what I know to do and do what I have always done: I am going to fight it and keep fighting for the Beloved Community. We still have many bridges to cross.”

Lewis said he will return to Washington in the coming days to resume work and begin his treatment plan, “which will occur over the next several weeks.”

He acknowledged that he may miss a few votes during that period, “but with God’s grace I will be back on the front lines soon.”

He continued, “Please keep me in your prayers as I begin this journey.”

A civil rights icon who marched with Martin Luther King Jr. in 1965 in Selma, Alabama, Lewis has established himself as an outspoken critic of President Trump.

“It sows the seeds of violence and destroys the hopes and dreams of people. The world is watching. They are shocked and dismayed because it seems we have lost our way. As a nation, as a proud and great people. We are one Congress. And we are here to serve one house, the American House, the American people.”