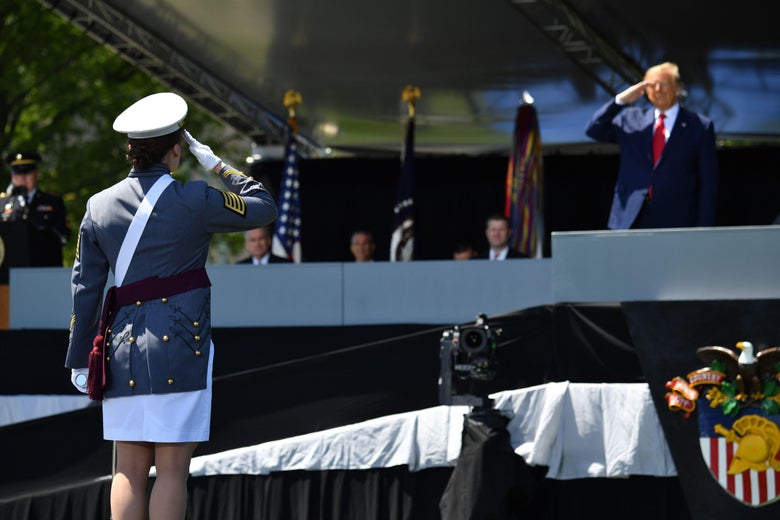 It could have been worse.

President Trump’s Saturday morning commencement speech at West Point was merely dull rather than abhorrent, incendiary, or flagrantly self-aggrandizing, except for a couple of passages and—significantly—the fact of the speech itself, which was designed entirely as a video clip for an upcoming reelection campaign commercial.