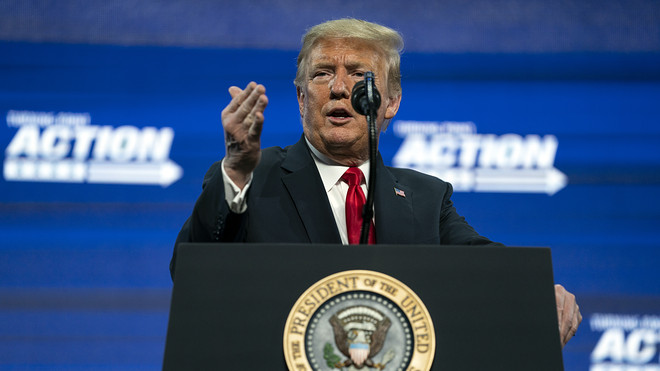 PHOENIX — It wasn’t quite one of his signature big-stadium rallies.

But President Donald Trump drew something closer to the jam-packed audience of political supporters he’s been craving as hundreds of young conservatives filled a Phoenix megachurch Tuesday to hear his call for them to get behind his reelection effort.