Army Staff Sgt. Robert J. Miller, a Green Beret, was only 24 when he saved the lives of nearly two-dozen coalition force members pinned down during an intense 2008 firefight in Afghanistan. He sacrificed his own life for theirs, and that bravery and valor earned him the Medal of Honor.

Miller was born in Harrisburg, Pennsylvania, on Oct. 14, 1983. He was one of eight kids — four boys, four girls — and came from a line of military men; both his grandfathers had fought in World War II, and his father has been a translator for the Army in Berlin during the Cold War.

When Miller was 5, his family moved to the Chicago suburb of Wheaton, Illinois, where he thrived. Miller was a Boy Scout and grew up playing several sports. Although he was an avid gymnast by the time he was in high school, he also played the trumpet and tuba.

As a teen, Miller wanted to go to the U.S. Naval Academy, but those dreams were dashed due to his colorblindness. Instead, he spent a year at the University of Iowa before joining the Army in August 2003 from Oviedo, Florida, where his family had just moved.

Miller enlisted as a Special Forces trainee and earned his Special Forces Tab on Sept. 30, 2005. He was immediately assigned to Company A, 3rd Battalion of the 3rd Special Forces Group (Airborne) at Fort Bragg, North Carolina.

During his first deployment to Afghanistan in 2006-2007, Miller’s actions earned him two Army Commendation Medals for Valor. He returned to the country in October 2007 as part of Combined Joint Special Operations Task Force-Afghanistan. He was a weapons sergeant with Special Forces Operational Detachment Alpha 3312, Task Force 33. According to his colleagues, he spoke French, German, some Russian and Pashto, which made him a good point man during missions; he could talk with the locals with whom they worked.

On Jan. 25, 2008, Miller’s detachment was sent to the Gowardesh Valley, a remote area in northwest Afghanistan near the Pakistani border. Their mission: to clear out insurgents who had been attacking Afghan forces and terrorizing villagers.

Surveillance intel had shown a group of armed men holed up at a compound in the valley. Miller’s detachment and about 15 Afghan National Army soldiers were tasked with determining if they were insurgents and, if confirmed, calling in close-air support to bomb the compound.

In the frigid pre-dawn morning, Miller volunteered to serve as point man on the patrol, which had to go through “ambush alley,” an area with 300-foot near-vertical cliffs surrounding it. The route wasn’t easy to traverse – snow packed the way, and they had to blow up two insurgent-placed boulders in their path. So, they were prepared for resistance.

Once they got to the compound, they secured a perimeter and sent in a drone to confirm that there were, indeed, 15-20 insurgents inside who had already taken up fighting positions. Miller kicked off the battle using his vehicle’s turret-mounted Mk-19 grenade launcher. He then called in the enemy’s positions, and the Air Force dropped bombs on them.

When the air cleared, about two-dozen coalition members moved in on foot to assess the damage. Miller was again their point man.

As they crossed a bridge and neared the steep, narrow valley through which the enemy had come, about 150 insurgents pounced, launching rocket-propelled grenades and automatic weapons fire from elevated positions and hiding spots on the ground. Miller’s patrol had nowhere to hide.

Since Miller was out front, he yelled to his comrades to pull back while he charged the enemy — some of whom were within 20 feet — to draw their fire, giving the others a chance to find cover. Once they were out of immediate danger, Miller tried to find cover himself but was shot in the upper torso under his body armor.

At about the same time, the detachment’s commander, Capt. Robert Cusick, was also wounded. He ordered the rest of the team to fall back. Miller, however, knew he had the most firepower out of all of his comrades, so he stayed in that forward position, crawling through the snow to draw the fire in his direction.

“Rob seemed to disappear into clouds of dust and debris, but his team could hear him on the radio, still calling out the enemy’s position,” President Barack Obama recounted at Miller’s Medal of Honor ceremony. “They could hear his weapon still firing as he provided cover for his men.”

Miller continued to move from position to position until he was shot and killed.

His team heard his gun fall silent over the radio, Obama’s remarks stated. So, two of his teammates rushed forward to find him and be by his side for his last moments. They were soon forced back by more enemy fire, but after several more hours, the detachment was finally able to bring the 24-year-old’s body out of the valley.

Five coalition force members were injured that day, but thanks to Miller’s extraordinary efforts, 15 Afghan soldiers and seven members of his own team made it out alive.

According to post-battle intelligence reports, of the more than 40 insurgents killed and roughly 60 who were wounded that day, Miller was credited with killing 16 and injuring more than 30.

Miller’s body was returned to the U.S. and buried with full military honors in All Faiths Memorial Park in Casselberry, Florida. At his funeral, one of his friends referred to him as “a loyal friend, a caring brother and son and a great patriot.”

On Oct. 6, 2010, Obama presented the Medal of Honor to Miller’s parents, Philip and Maureen, during a White House ceremony. More than 100 of the soldier’s friends, family and fellow soldiers attended.

“He loved what he was doing, and he was very good at it,” Miller’s father said at the time. “He was extremely enthusiastic about it, and it was very clear he really embraced the work, the mission and the people he worked with, American and Afghan.”

“When we learned about the details of what Robby had done to receive the Medal of Honor nomination, we weren’t surprised, and we also weren’t surprised at his reaction (in the field), because that was the sort of person he was — that’s what his training taught him to do and be,” Maureen Miller said. “I think the fact that he died doing something that he loved and thought was worthwhile was an important factor in helping us deal.”

The Afghans who Miller saved wanted to honor him, too. ANA soldiers presented his parents with an Afghan rug. The couple has it hanging in their home as a symbol of their son’s sacrifice and the important partnership between the two countries.

In 2011, the commons area of Miller’s high school was named Robert J. Miller Commons. In 2014, the 3rd Special Forces Group’s headquarters building on Fort Bragg was also dedicated in his honor.

Miller is one of 18 men to have earned the nation’s top award for valor during actions in Afghanistan. 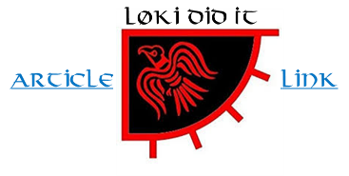