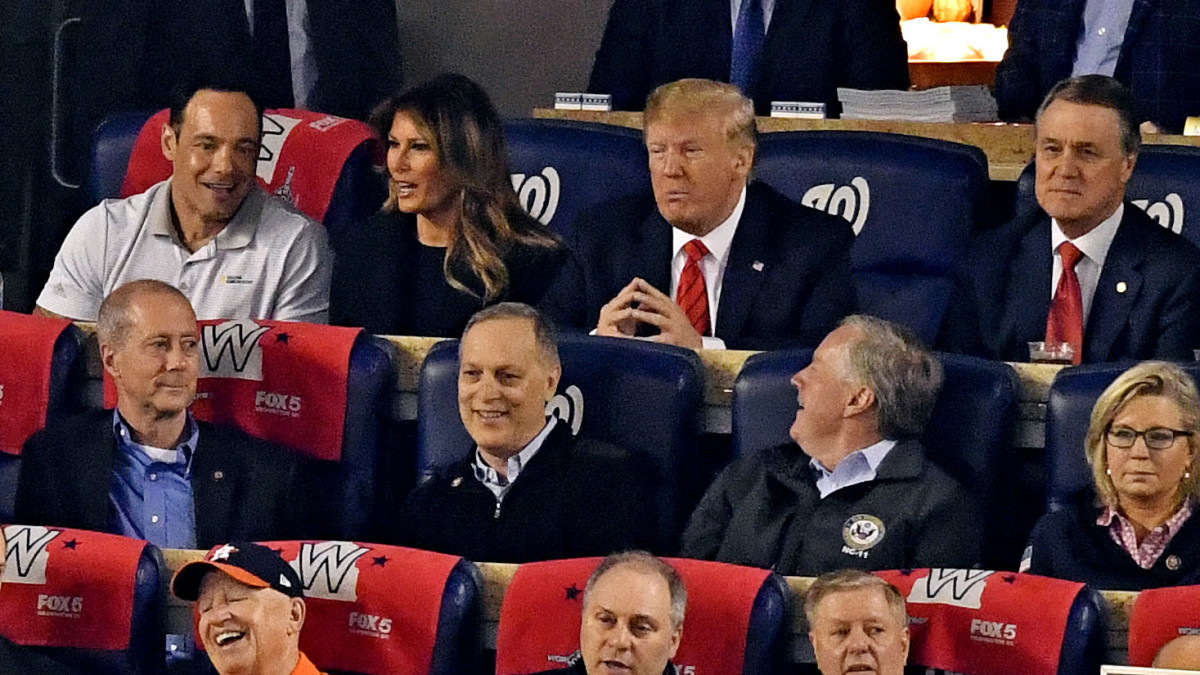 President Donald Trump was greeted with loud boos from the crowd at Game 5 of the World Series between the Nationals and Astros on Sunday.

Trump was shown on the big screen at Nationals Park during the team’s  salute to veterans after the third inning. Fans in attendance loudly yelled “lock him up,” a chant Trump supporters began in 2016 directed at his opponent and Democratic presidential nominee Hillary Clinton.